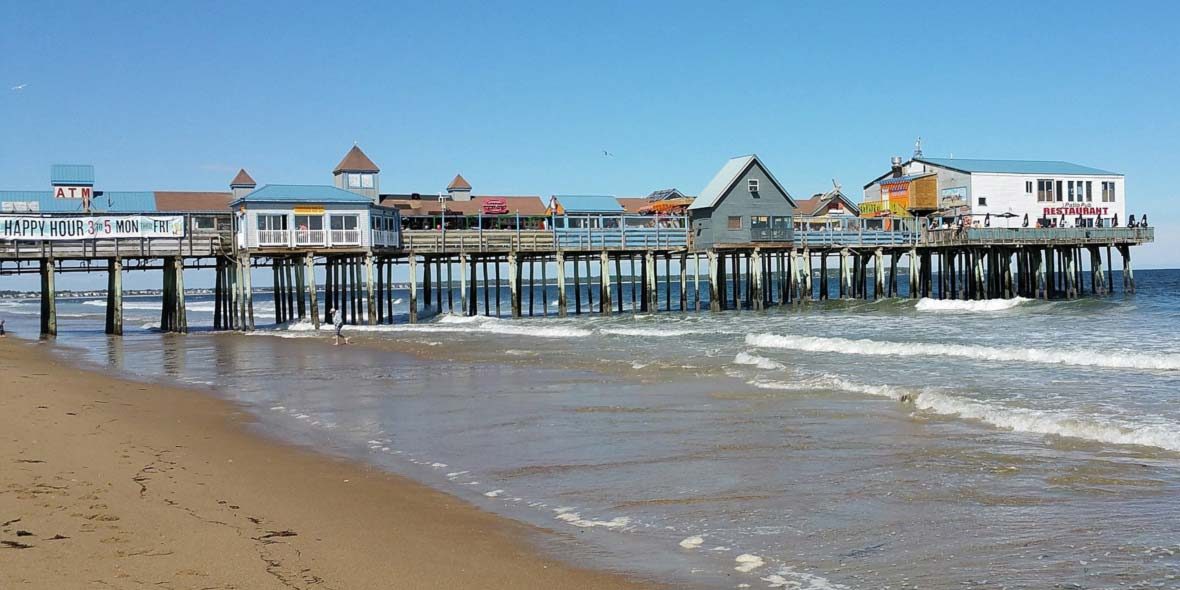 The stunning Old Orchard Beach Pier is one of the most iconic structures in the area. At 500 feet long, it soars out over the Atlantic Ocean. For years it has offered the most popular recreational hotspots in Old Orchard Beach, particularly restaurants, bars, and live entertainment.

A Brief History of the OOB Pier

Over the years the old Pier has gone through different incarnations. The first was opened on July 2, 1898. It was built by the Berlin Iron Bridge Company, a construction company that built the pier using three large pavilions, for a cost of $38,000! An amount that would be worth well over 1 million dollars today. An expansive ballroom was also constructed at the end of the pier. It was dubbed the Pier Casino, and it could hold as many as 5,000 people 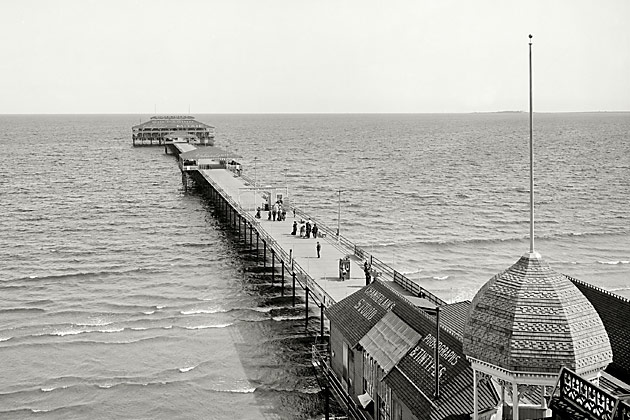 Despite the hubbub and excitement that the new pier generated, the temperamental coastal weather had other plans in mind. Not long after it was completed, a raging storm took out almost 50 feet of construction! It was quickly rebuilt alongside the Pier Casino, but unfortunately, another storm would hit and decimate 90 feet of the pier a decade later. As a result, the casino had to be hastily relocated.

For the next few decades, the Old Orchard Pier was the site of a great recreational Renaissance for the town, with the Pier Casino hosting many film screenings and live performances. During this period, the pier also hosted some of mid-century America’s most beloved acts, including the likes of Louis Armstrong, Frank Sinatra, and Benny Goodman. Visits from various celebrities and other dignitaries also made the pier one of the most happening places in New England.

But the trouble wasn’t over for the local monument. Over the decades following WWII the pier become more dilapidated, though it was still a popular site for parties and recreation. In 1969 it would be a fire that struck the next blow, burning down several of its main attractions and driving partygoers off the pier (and some into the water below!) Later it was estimated that the fire had caused $500,000 in damages. Luckily, the actual structure escaped unscathed… for now.

Due to the frequent storms that struck the pier over the years, the famous Pier Casino eventually had to be fully removed in 1970. And in 1978, the final blow was struck – a blizzard hit the shores of Old Orchard Beach, wrecking what still remained of the pier.

And so for a third time, reconstruction began.

By 1980 the 500-foot pier was re-opened for business (and leisure!). And thankfully it still stands at the center of the beachfront today. 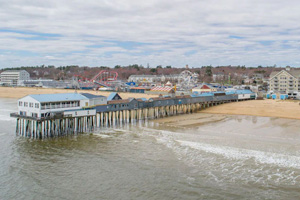 These days the Old Orchard Pier is still home to bars, restaurants, and souvenir shops, and you can frequently find live music and dancing along the boardwalk. At night, the Pier becomes a hotspot for nightlife and live entertainment. Venues offer comedy, karaoke and live DJs playing the best music for your dancing pleasure. Young adult visitors will enjoy one of the best bar scenes on the Southern Maine Coast, with lively music, dance parties and drink specials. It’s the ideal place to enjoy a seafood dinner, enjoy the crisp ocean air, and take in an important piece of the town’s history. The Pier also hosts fireworks every Thursday night during the summer..