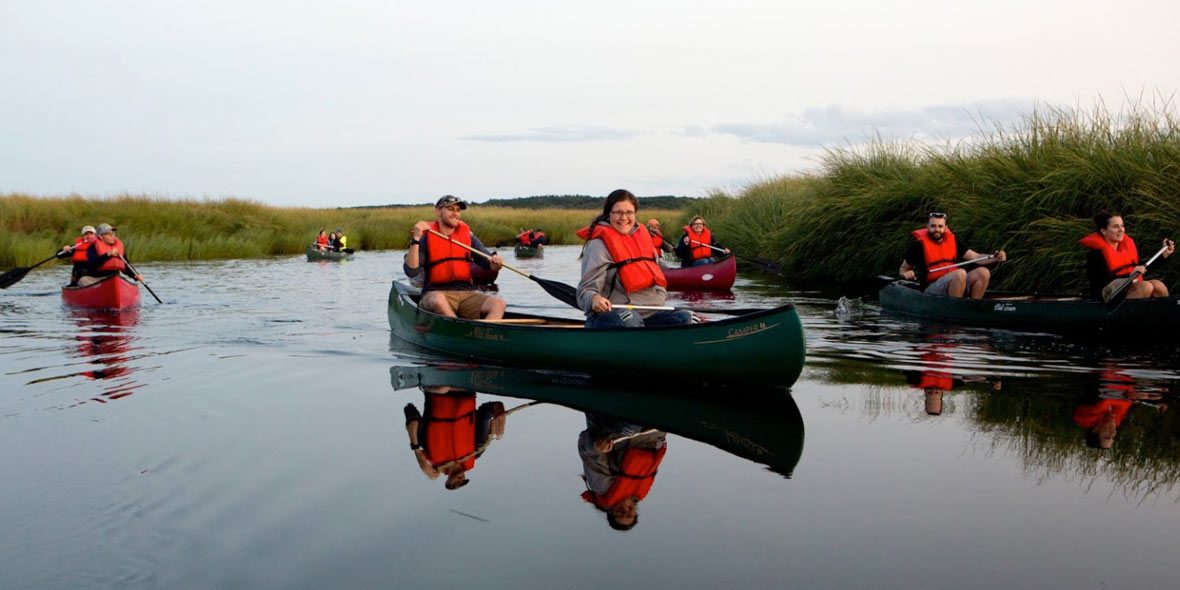 Welcome to the Largest Salt Water Marsh in Maine. 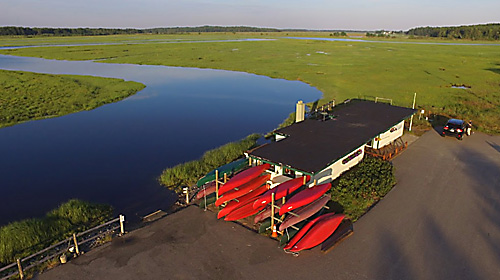 Just a short drive from Old Orchard Beach is the Scarborough Marsh Nature Preserve and Center. At 3,100 acres, it is the largest contiguous salt marsh estuary in the state of Maine. This stunning site is home to many varieties of flora and fauna which can be observed during your visit.

Visitors are able to walk or row their way through this expansive site, observing the local flora and fauna as well as the impressive geography. The Scarborough Marsh Nature Center is an ideal trip for birdwatchers and nature lovers and sees more than 10,000 visitors during spring and summer.

The Scarborough salt marsh is an important site both for local wildlife and the wider environment. Salt marshes help to filter out toxic chemicals, fertilizers, and other chemicals from the water, as well as providing various birds, fish, mammals, and shellfish with food and shelter. Salt marshes also protect coastlines, preventing land erosion by ensuring that soil and sediment are not washed away during storms. 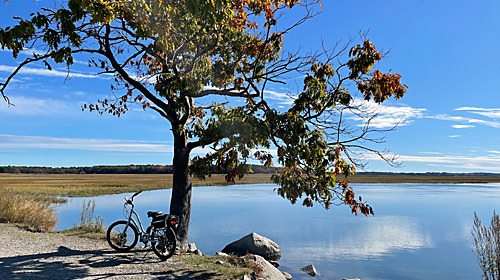 In fact, the Scarborough Marsh is so significant to the local environment that it has been named the most important coastal focus area in the state. Its main waterway is fed by four rivers: the Libby River, Nonesuch River, Dunstan River, Scarborough River, and many other creeks in the area.

The Scarborough Marsh Wildlife Management Area refers to the 3,100 acres of land included as part of the contiguous salt marsh. But this area is still growing, thanks to the Friends of Scarborough Marsh and the Scarborough Land Trust. These organizations, as well as the town of Scarborough, have bought and collected donations of privately owned land that borders the marsh, ensuring that as much of the marshland can be protected as possible.

History of the Scarborough Marsh

The Scarborough wetlands have long been used by the Sokokis Indians who used this area to hunt, fish, and gather clams. The area was originally called Owascoag, a name given by the Abenaki tribe. The name means, “a place of much grass.” 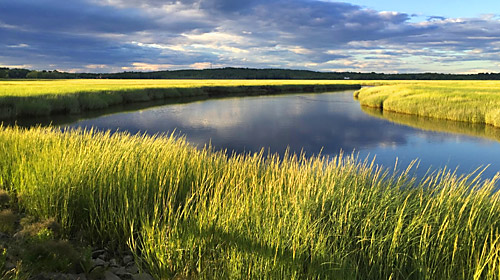 Europeans began to settle the area in the 1600s, and quickly put the salt marshes to further use. It became a summer pasture, and the salt hay was gathered and used as cattle feed. The marsh was also used to guide newly build boats from inland and out to sea.

Over time, opinions on the salt marsh began to change. Through the 19th to 20th century, the area was considered to be disposable land. Plans were proposed to build the town dump atop the salt marsh until the Maine Department of Inland Fisheries and Wildlife stepped in in 1957. They began purchasing stretches of the marsh for preservation purposes and plans to build the Scarborough Marsh Nature Center began in 1972. The rest is history!

A Wetlands Oasis for Local Wildlife 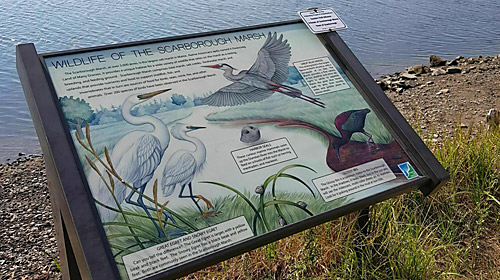 The marshlands are home to a variety of wildlife species, many of which you will get the chance to see during your visit. Waterfowl, egrets, herons, black ducks, and Glossy Ibis, among other bird types, come here to feed, rest, and nest during migration periods.

You may also see some of the Muskrat, mink, otter, and deer which live among the wetlands and the salt water marsh.

What You Can Do

There are plenty of activities on offer at the nature center, making it an ideal place to visit with family and friends. 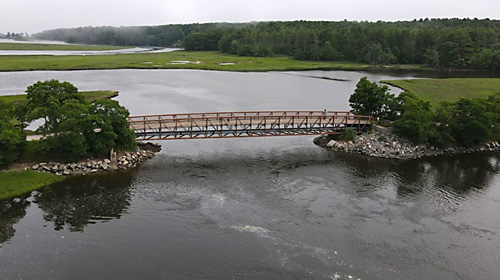 Management of the Scarborough Salt Marsh and the Nature Centre is currently overseen by the Maine Department of Inland Fisheries and Wildlife (MDIFW). Please keep in mind that the site is only open during the spring and summer months.