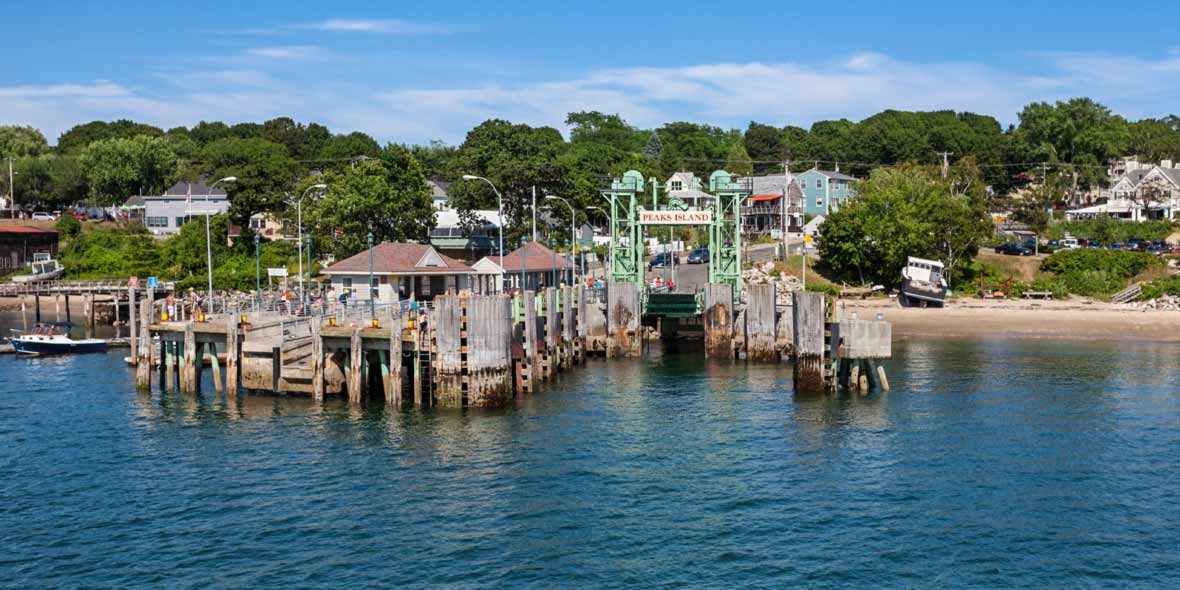 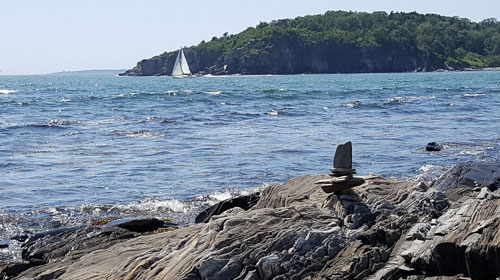 Off the coast of the city of Portland are a number of islands that can be easily reached by ferry. Of these islands, the most popular, and populous, is Peaks Island. With its own small township just a short ride from the city, Peaks Island is a charming little getaway if you’re looking for day excursions in southern Maine. You can even take your car with you on the Ferry!

Today, Peaks Island is a well-loved vacation destination and day-trip excursion for Portland locals and visitors to the city. But it has had that reputation for much longer than you might think – for centuries the island was favored by the local Wabanaki Indians who returned there frequently during the summers. 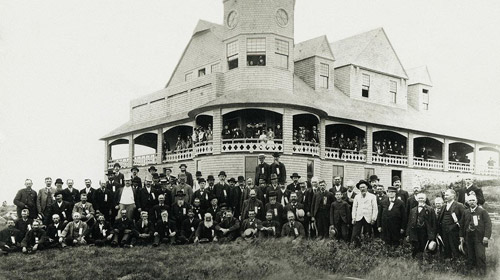 From early on it was a desirable spot, with many attempts by English settlers to establish settlements on its shores. The first successful settlement began in the late 18th-century, and eventually, the island was split by two separate villages – Forest City and Trefethen.

And over the years the small population who lived there began to reap the benefits of social advancement on the mainland – people looked to the quaint island for recreation and a break from the growing urbanization that was taking place at the turn of the century. They had money to spend, and the community of Peaks Island wasted no time accommodating them. More summer homes were built along with inns, restaurants, and shops.

The island saw its fair share of struggle and decline through the 20th-century as the Great Depression and WWII both loomed and passed over the country. But today it still thrives as a bustling little community that opens its arms to thousands of visitors every summer. 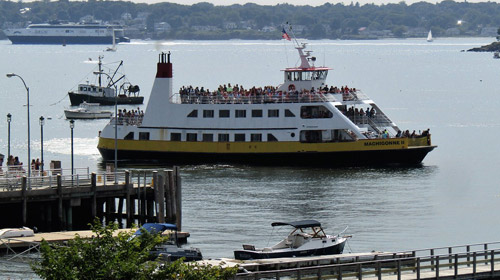 • The most populous of all the islands in the area, Peaks has an estimated permanent population of around 1000, which swells to 2-4000 over the summer.

• It is the only Portland island where you can take your car on the boat ferry. But keep in mind – the island is designed for walking, and is best seen on foot or bicycle.

• The community of Peaks Island has attempted to secede from the city of Portland on six different occasions!

Don’t expect a thrill ride on Peaks Island, or a shopping mecca, or five-star restaurants serving extravagant meals – you won’t find it here. Instead, the island is a calm, tranquil, and relaxing getaway from the hubbub of the mainland, and the cities in particular. 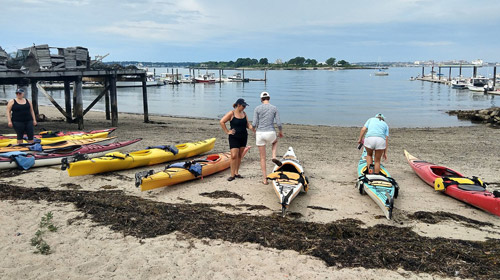 The island is surrounded by lovely beaches, but many are not publicly owned, so be aware of this while looking for your sunbathing spot. The two most popular public beaches on the island are Sandy Beach, at the southern end, and Cairn Beach. Of the two, only Sandy Beach is appropriate for swimming, but Cairn is still plenty of fun. 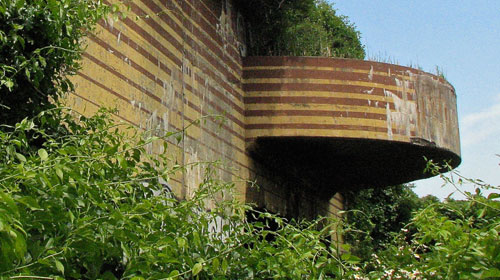 Battery Steele is a WWII gun battery that was built on the island and shortly abandoned after the war. Today, it is an iconic structure of Peaks Island and a popular photo opportunity for visitors to the island, not just because of its historical significance but also the colorful graffiti that decorates the exterior and interior of the building.

Battery Steele is one of the largest gun batteries ever built in the US and has been listed on the National Register of Historic Places. 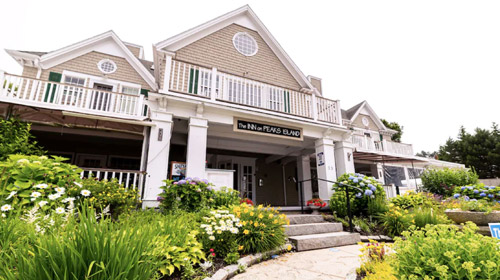 For food and refreshments after a long day of walking, there are a number of places to patronize. You can try the Peaks Cafe’s famous cinnamon buns or feast on fresh lobster at Covey’s Lobster Shack. For dinner and an alcoholic beverage (or three), stop by at the Cockeyed Gull, Inn at Peaks, or Peaks Island Lobster House, amongst the many other island establishments. 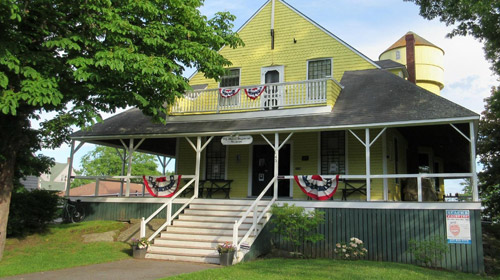 To brush up on your Peaks Island history, and get a better glimpse into the background of the island you’re visiting, it’s worth stopping by at the Fifth Maine Museum. Here you can learn about the early settler families, the history of the Civil War and its impact on the area, and enjoy some of the local artifacts kept onsite.

To reach Peaks Island you’ll need to take a ferry from downtown Portland. Casco Bay Lines runs regular services between the island and city, and it takes around 17 minutes to travel one way. Due to Covid-19, ferry services have been reduced for the time being, so take this into account while planning your trip.