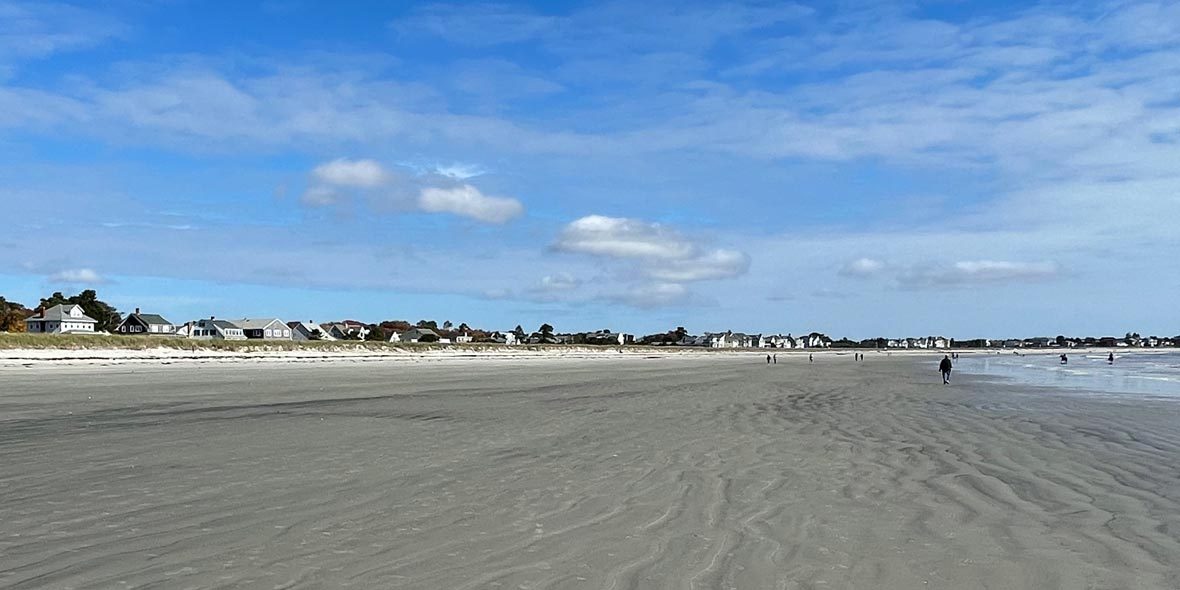 The town of Scarborough, Maine, is perhaps best known for its thousands of acres of marshland, and the diverse protected wildlife that finds safe harbor here. Scarborough is an excellent vacation choice for nature lovers and outdoorsmen and is just a short trip away from the Old Orchard Beach area.

Scarborough is perfect for those who want to trade in the tourist hubbub of nearby vacation towns and the chaos of city life for a more quiet, laidback, and nature-based holiday. If you’re considering a vacation on the southern coast of Maine, this town has plenty of classic Maine charm to offer.

The land that Scarborough now sits on was once inhabited by the local tribe of Sokokis Indians, and known by the name Owascoag, meaning “land of much grass.” Even then, salt marshes were the central feature of the land and were used for trapping fish and shellfish, as well as transport and crop fertilizer. 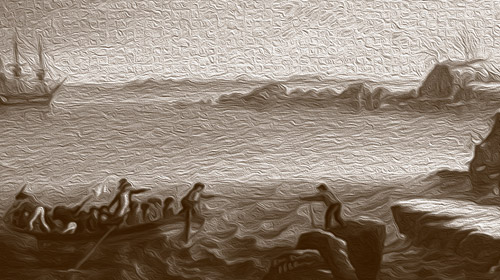 Settlement began in the early 1600s, as early European settlers were drawn to the area for its fishing and fur trade. The first settler was a trader named John Stratton, who set up the first trading post and bartered with local Indians. Over the next century, more settlements began to pop up, largely centered around the Scarborough River.

However, by the last quarter of the century there became much unrest between the settlers and local tribes. Several attacks on settlements caused some European families to relocate, and after decades of unsuccessful peace treaties, the Indian-French allied forces destroyed the nearby settlement of Falmouth, driving settlers out of Scarborough.

Over the years settlers began to return, and by 1749 the area was well-populated, with a number of prosperous sawmills and a thriving industry exporting cattle and timber. For over a century Scarborough was made up of several separate settlements without a unified center – today, it is a singular and distinctive community with a number of thriving businesses, retailers, infrastructure, and plenty to see and do.

Take a look at some of the best dining, retail, and accommodation options in Scarborough. 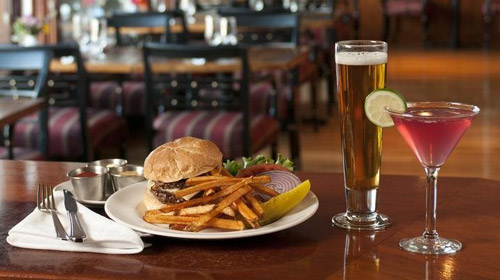 Considering its proximity to Scarborough River and Casco Bay, it should be no surprise that Scarborough has some of the best seafood restaurants in Maine: so much so that you can visit Bayley’s Lobster Pound, where one of Maine’s most iconic dishes, the lobster roll, first appeared on a Maine menu! You can also try some local fine-dining at The Point and Pine Point Grille, or opt for home-style classics at Clambake and Ken’s Place.

Scarborough prides itself on its quaint, community charm, so don’t expect rows of retail stores or strip malls. There are supermarkets, a few department stores, and marketplaces, but all in all the town is not a shopping mecca. However, you can pick up some lovely gifts and items at Gurley Antiques Gallery, which sells local art, jewelry, ceramics, and more. Sandpiper Gifts also has a range of charming local souvenirs to commemorate your trip with. 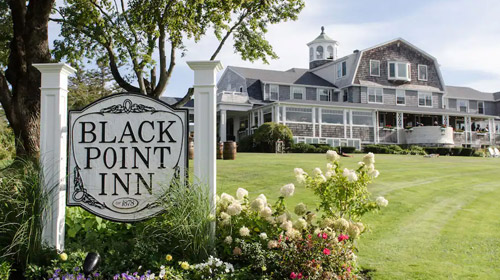 If you’re looking for a place to stay, Scarborough has a range of charming historic inns and boutique resorts. Two of the most popular are the Black Point Inn, an idyllic summer getaway that has been attracting customers for over 140 years (!), and the Breakers Inn, a gorgeous Bed & breakfast located on Higgins Beach. The Inn by the Sea is another popular luxury boutique near Cape Elizabeth.

But if you have more specific requirements, budget constraints, or need to make a last-minute booking, Portland has a huge number of accommodation options for you, and Scarborough is just a 15-20 minute drive from the city center.

Scarborough has its share of enticing attractions for visitors and locals alike, many of which are centered around nature and local ecology. The best-known of these attractions is the Scarborough Salt Marsh, but there are a number of other sights and activities that are well worth a look at. 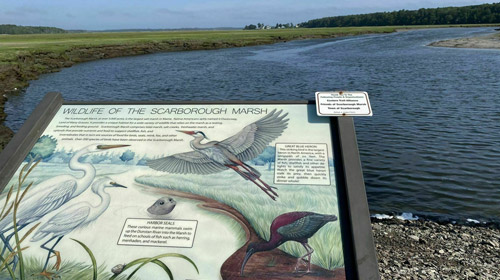 The Scarborough Marsh is the largest contiguous salt marsh in Maine, coming in at a whopping 3,100 acres. It is home to many species of birds, fish, and mammals, and is beloved by birdwatchers and nature-lovers in general. It is also popular with kayakers and canoeists who visit the site to explore the Dunstan River. The Scarborough Marsh Audubon Center also offers canoe tours and guided walking tours through the estuary, as well as interactive wildlife exhibits in the main building. 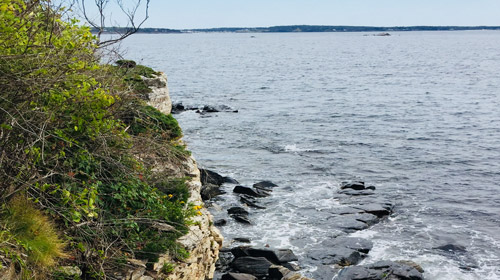 For a bracing scenic walk with ocean views, consider the Prouts Neck Cliff Walk. Starting at the Black Point Inn, this 1.5-mile loop takes visitors around the Prouts Neck peninsula, where you’ll see some of the most beautiful views that the rugged coastal landscape has to offer, as well as the picturesque historic buildings of the area. The route is not too strenuous, taking only 90-minutes to walk the loop. 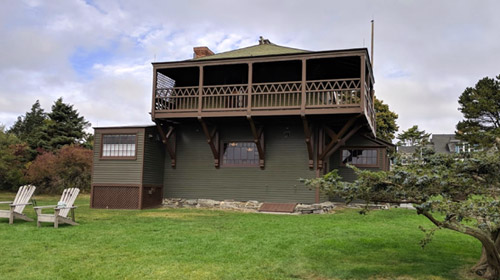 The Winslow Homer Studio, true to its name, was the home and studio of the artist Winslow Homer, who lived there from 1884 to 1910. Today, it is a historic site owned and operated by the Portland Museum of Art. The building is a registered National Historic Landmark in Prouts Neck, Scarborough, and is full of art, artifacts, and exhibits where you can learn more about the life and work of a local genius. Tours through the building need to be booked through the Portland Museum of Art. 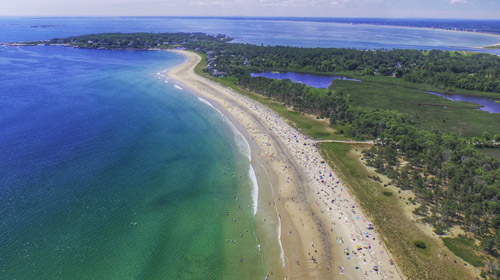 If you’re visiting over the summer, there’s no doubt you’ll be looking for the best place to swim. At Scarborough Beach State Park you can find some of the best swimming spots not just in Maine, but the whole of New England! The park is clean and well-maintained, often not too crowded, and keeps a lovely warm temperature during peak summer months. It’s also a popular spot for local surfers, so consider renting a board before you arrive!