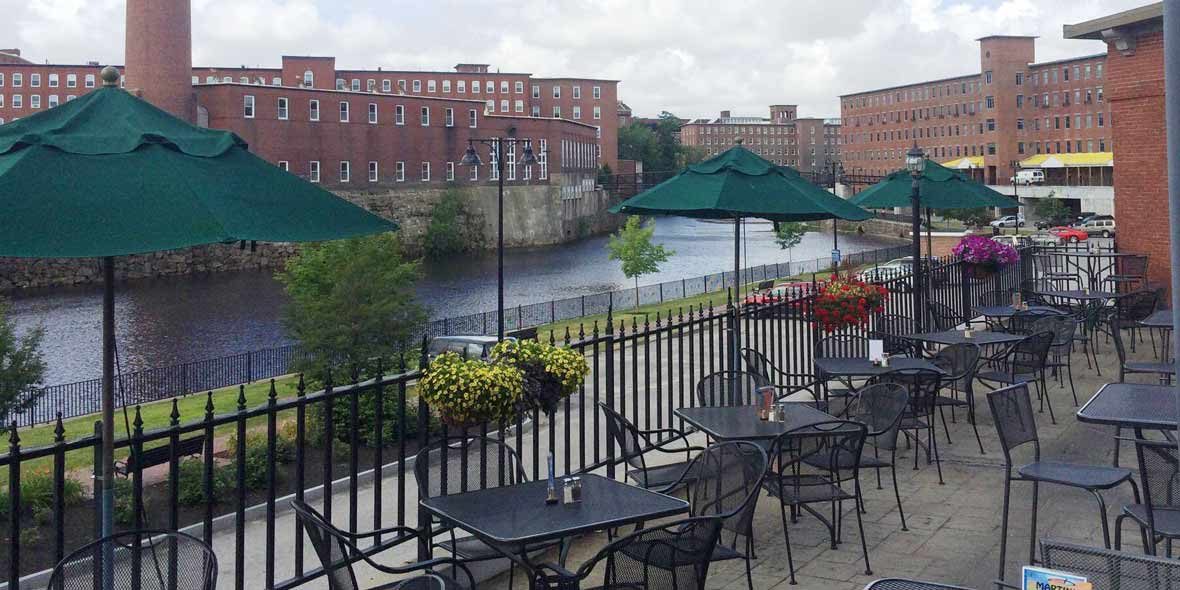 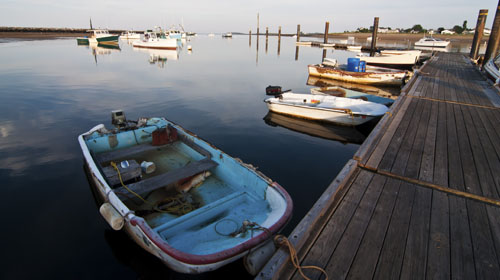 Though Saco isn’t a big city, there is still plenty of fun to be had in this sun-soaked riverside town. It even has two of the most popular water parks in Maine! Saco is a fantastic place to spend a vacation if you want to relax by the peaceful, idyllic Saco River, then trek down to the stunning coastline to enjoy some fun at the beach, all in one day.

It’s the perfect place to enjoy a quiet holiday with a loved one, and it’s conveniently close to the bustling city of Portland and the tourist hotspot of Old Orchard Beach.

Before European settlers arrived, the area now known as Saco was the territory of the Abenaki Indians, and the native settlement was formed near the mouth of the Saco River. Settlers began to arrive in the early 17th century, and at one point the Government of Maine was situated in the small settlement that had been built. 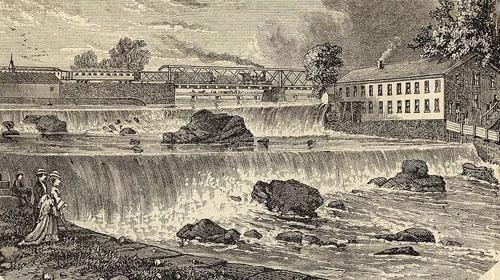 Like many other areas in Maine, these settlements were devastated during King Philip’s War and the French and Indian War, and it took until the late-1700s before local politics began to relax, and settlements could reconvene. Over the next two centuries, industry in Saco exploded. Large brick mills were built on both sides of the river, and the area became known for its lumber trade and shipbuilding.

But it was the cotton mills and textile manufacturers that really put Saco and neighboring Biddeford on the map, as both became prominent centers for the textile trade in the U.S. Though this industry died down considerably during the last century, some of these brick mills still stand and are a center point for the city’s downtown area.

Take a look at some of the best dining, retail, and accommodation options in Saco. 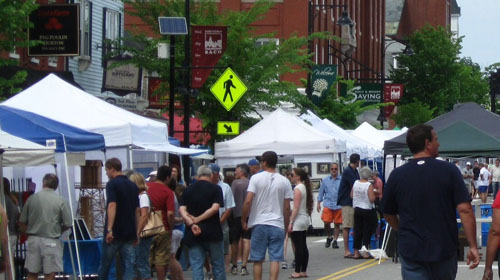 Downtown Saco offers both a farmer’s market for local produce, but also sells plenty of artisan handicrafts, baked goods, and other locally-produced items. Main street also has several unique shops and retail stores worth exploring as a side adventure from Old Orchard Beach. It’s a very pleasant local shopping experience that is a much slower version of what you can expect over in Portland, or in downtown Old Orchard Beach. For all your retail desires, check out the Saco Valley Shopping Center. 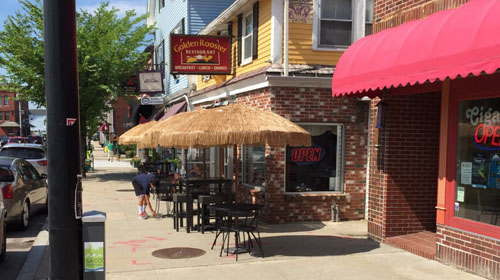 Of course, the best food you’ll be likely to find in Saco is seafood, provided fresh from Saco and Casco Bays. To get a taste of the local offerings, try Run of the Mill, Huot’s Seafood Restaurant, and Sea Salt Lobster for a classic serving of lobster rolls, fried clams, chowder, and more! You’ll also find your share of takeout, pizza joints, and dessert bars for that much-needed after-dinner snacking. Saco also has several great breakfast restaurants including the iconic Golden Rooster located on Main street and which is open year-round. 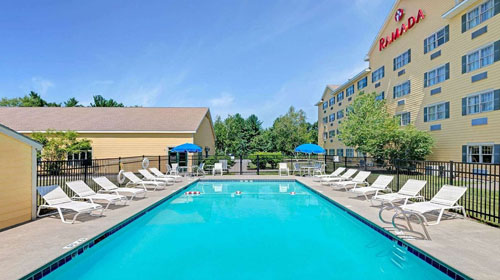 In Saco, accommodations are about what you can expect on a holiday in Maine. There are plenty of hotels, motels, inns, and comfy Bed & Breakfasts. If you want something a little more private, there are various Airbnbs you can rent out along the Saco River or near Camp Ellis and Ferry Beach. There are also plenty of campsites. If you’re looking for more variety, there are countless accommodation options a short drive away in Old Orchard Beach, Scarborough and in the Portland Maine area. 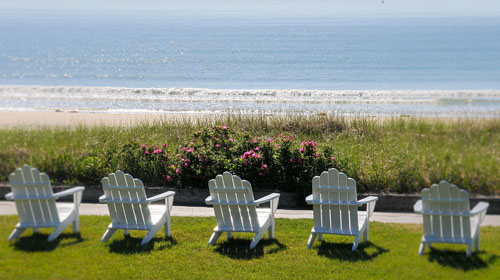 Water and wilderness are at the top of the menu when it comes to local attractions in Saco. It’s an excellent spot for exploring the geography of southern Maine, an ideal for someone looking for a more laid-back summer vacation. It’s also ideal for families – when you’re not relaxing by the Saco River or nearby beaches, the kids can get their adrenaline going at the city’s two water parks! 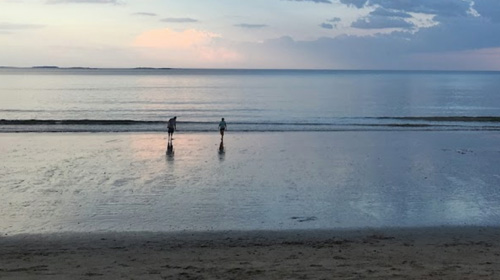 Ferry Beach State Park is one of the most idyllic beaches and recreation areas in the region. At the front of the park, you have the pristine white sand beaches of Casco Bay, with prime opportunities for swimming, surfing, sunbathing, and convenient picnic areas. And the rest is a nature lover’s dream, with walking trails of varying difficulty, guided nature programs, and a nearby center with exhibitions and supplementary info on the local wildlife.

It’s a great opportunity to both enjoy the local scenery and learn a little (or a lot) about the local flora and fauna. 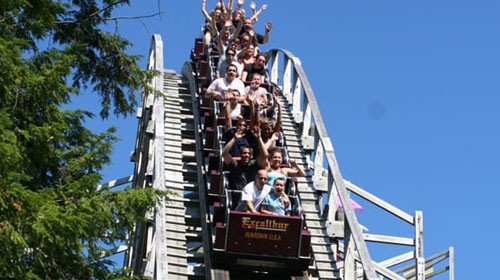 This attraction is a two-for-one, with an amusement park and waterpark all on the same site. Funtown has 28 different “dry” rides, including roller coasters, log flumes, and even the Scrambler ride which has its own accompanying light and laser show. Splashtown is the water park side, with nine slides, several swimming pools, and the famous Pirate’s Paradise which tips a whopping 800 gallons of water onto visitors!

There are a ton of age-appropriate rides for younger kids, and day passes and seasonal passes can be purchased throughout the summer. You can also pay for separate admission if you prefer to visit only Funtown or Splashtown. 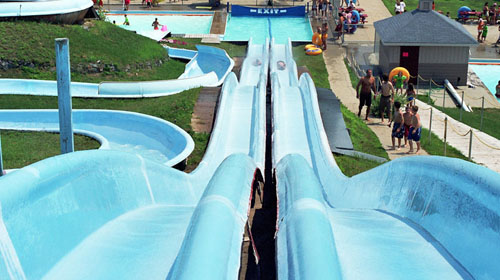 Often referred to as the “best waterpark in Maine,” the Aquaboggan is the perfect place to visit if you want more excitement while still being in the water. The park is full of high-speed water slides and swimming pools, including a 750,000-gallon wave pool! And beyond the aquatic fun, it also offers single-ride attractions like Mini-Golf and the Grand Prix Go-Karts. It’s the ideal way to spend a summer day with friends and family. 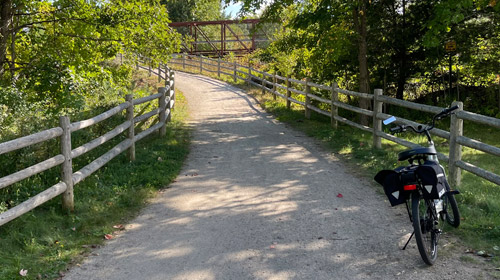 For the hikers among us or people who simply want to see more of the rural parts of Saco, the Eastern Trail is worth setting a day aside for. The trail is a popular hiking and biking route for southern Mainers and visitors and stretches 22 miles off-road from the south of Portland to Kennebunkport. If you’re not keen to walk or bike that far, the section of the trail between Saco and Scarborough is an excellent place to start.

Not only will you get a far more expansive view into Saco’s geography, but you’ll also be able to explore the salt marshes that the region is well known for.