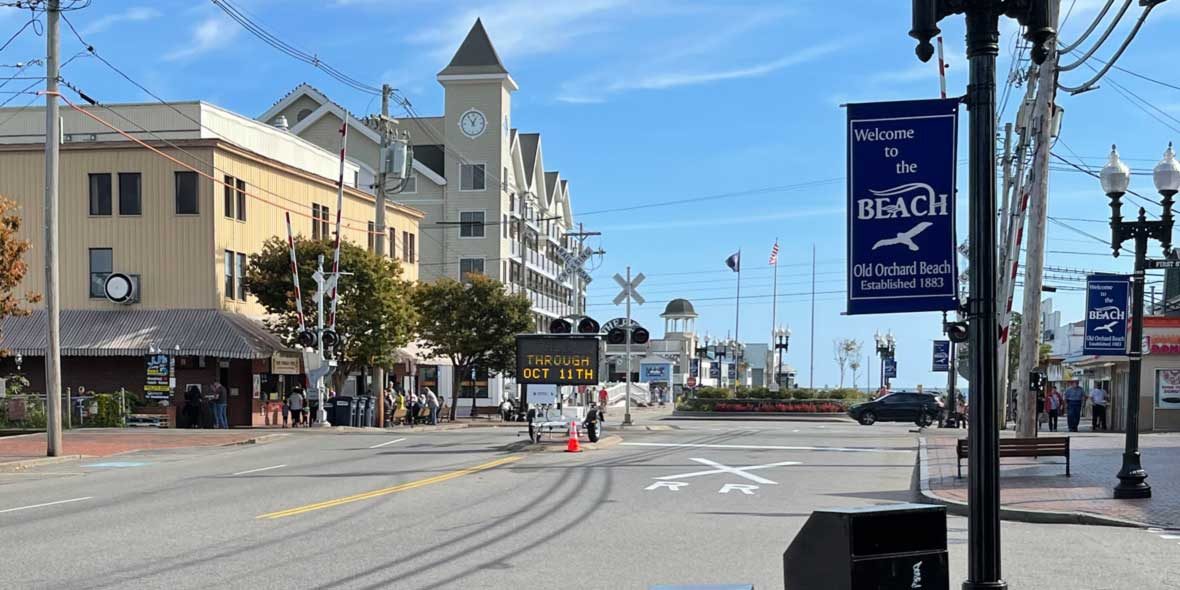 Every town has its fair share of history, and OOB is no exception. The beginnings of the township stretch back several centuries, long before it earned its unique name. Keep reading for a fascinating glimpse into the past of Old Orchard Beach.

The area now known as Old Orchard Beach was originally inhabited by the Abenaki tribe and was first reached by European explorers in 1603. The British explorer Martin Pring visited the land during an expedition around Maine, New Hampshire, and Cape Cod.

From 1653 onward the area began to pop up on the historical record. The role of the “first settler” in Old Orchard Beach is attributed to a man named Thomas Rodgers, who settled the land in 1657. He also dubbed it “The Garden by the Sea” after planting his apple orchard there. Rodgers and his family would later flee the area after their homestead was besieged by an Indian tribe. However his legacy there had been set, and the orchard he left high above the land became a visual signal to many sailors who passed the coast there.

By the early 19th-century, the stunning beach town began making a name for itself as a small-scale tourist destination. Old Orchard Beach’s first public house opened in 1829, and over the next decade, tourists began to visit the area. People would pay a pittance to spend time on the local farms. The first example of this came when a farmer named E.C. Staples was offered $1.50 a week to accept boarders on his land during the summer months.

After realizing the success of summer boarding, Staples opened the first boarding house in Old Orchard Beach, at the top of Old Orchard Street.

The town began to take the form that we know today on February 20, 1883, when a portion of the town of Saco was named Old Orchard. This name was a tribute to the abandoned apple orchard that had been planted by Thomas Rodgers 200 years earlier. It would be nearly half a century later that the word “Beach” was added. And with that, Old Orchard Beach was officially born!

As time went on and tourism became a more viable market around the country, locals in Old Orchard Beach began building on the appeal of their town. The plan was to draw more tourists in to help boost the local economy, and it worked! 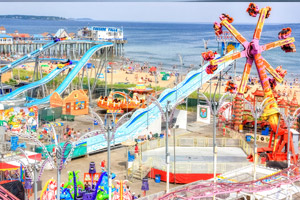 In 1902 the Palace Playland was built, a seaside amusement park that sat atop four acres of beachfront. It is still operating today, one of the last amusement parks of its kind in New England. America’s first carousel was also opened here, right beside the Old Orchard Beach Pier. Another carousel soon joined it, along with several other fairground rides.

Over time many hotels, restaurants, and stores began to open up on the streets of the town. Local’s were eager to accommodate the summer influx of visitors, and over time tourism became the main source of income for the local economy.

Easily the most iconic landmark in Old Orchard Beach is the famous 500-foot pier, which juts out over the center of the beachfront. The Old Orchard Beach Pier has had a tumultuous past, being destroyed and rebuilt three times since it first opened in 1898 – by a storm, fire, and blizzard respectively. It’s a testament to its significance that the structure has been rebuilt every time, and still stands to this day! 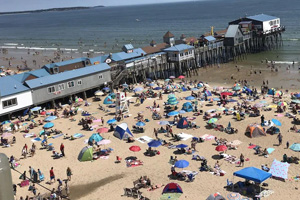 The pier became popular in part due to the Pier Casino, an enormous ballroom built at the end of the pier that looked out across the ocean. Along with the other bars and restaurants that have popped up over the years, it has drawn many people to the center of the beach to enjoy parties, good food, and days out with the family.

During the middle of the century, Old Orchard Beach attracted the likes of many celebrities and respected families, including Charles Lindbergh, the Kennedy family, and the Fitzgeralds! It’s no wonder that the town is still known as one of the most popular summer holiday destinations in Maine.