A Day Trip to Freeport Maine 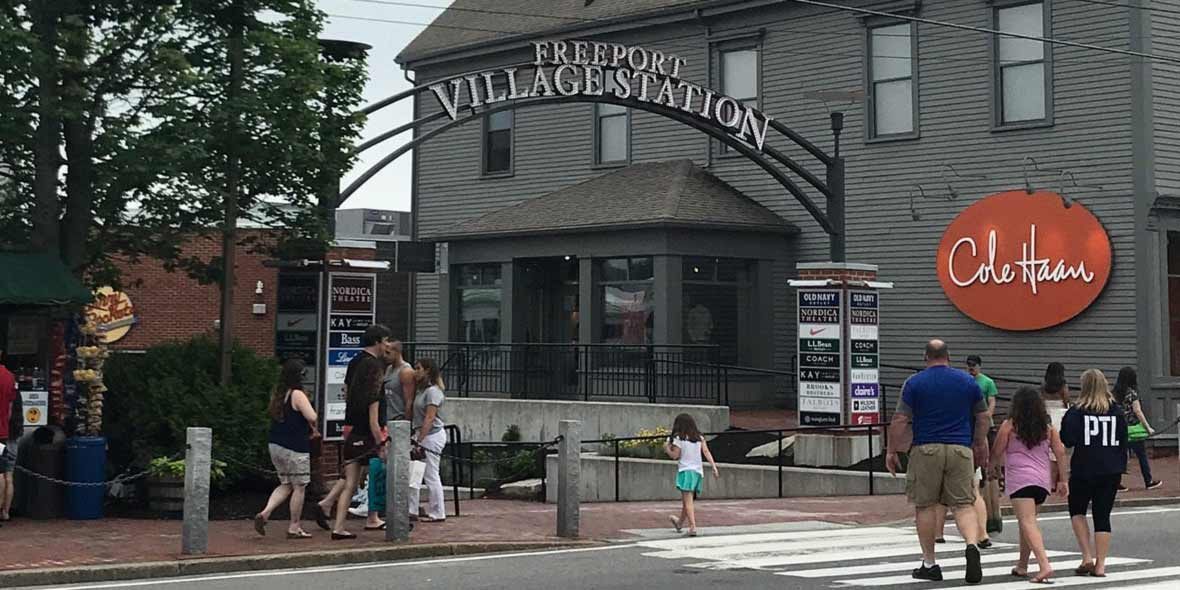 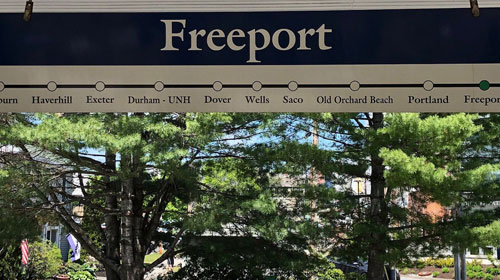 Hiking over mountain ranges, around shimmering lakes, and through wooded forests is plenty of fun, and Southern Maine has lots of these opportunities. But sometimes, we want to take a break from adventure and the great outdoors to unwind with a little retail therapy. That’s where the town of Freeport comes in.

Freeport is a relatively short drive north of Old Orchard Beach, ME around 40 minutes. The town is largely known for its vast array of shopping outlets, boutiques, and quirky mom-and-pop stores. It has even been awarded the prize for “Best Weekend of Shopping in New England” by Yankee Magazine. And while this town is heaven for serial shoppers, there’s a lot more to Freeport than just retail.

Prior to its settlement in the late 18th-century, the area now known as Freeport was home to the Abenaki Indian tribe. The land was replete with natural resources and became a source of conflict between the local tribe and incoming settlers. It was officially incorporated in 1789, after the end of the French and Indian war. 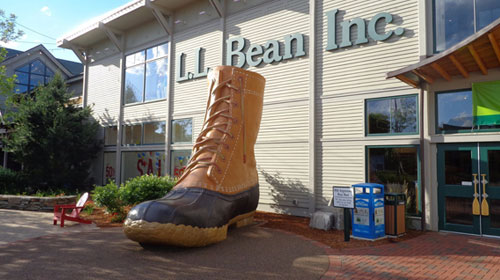 For its first 100 years, Freeport had a strong reputation for its shipbuilding industry, as well as fishing and farming. It also saw regular trade come into the area through the Harraseeket River, and the railroad that opened in the mid 19th century also helped to bolster Freeport as a commercial center.

But perhaps the best-known moment in the town’s history occurred in 1912 when a resident by the name of Leon Leonwood Bean started his own apparel store on Freeport Corner. This tiny basement store, selling only the “Bean Boot,” would go on to become the first L.L Bean store in America. 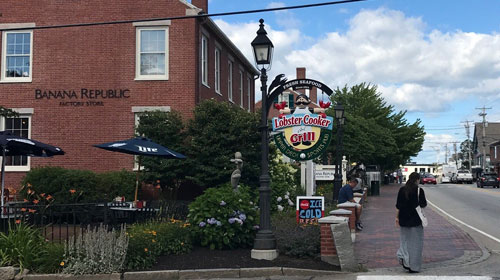 The shopping opportunities in Freeport have virtually pinned the town on the map! Every year, around 3.5 million visitors flock to Freeport, and the majority of them are looking to shop. It’s easy to see why – the main street of town is chock-full of dozens of outlet stores, including the LL. Bean flagship store.

You can find discounts on virtually every product at the Freeport Outlets, with brands that include the likes of Ralph Lauren, Tommy Hilfiger, Nike, and more! But there is more on offer than just retail stores and name brands… you can also find artisan jewelry, specialty foods, handcrafted furniture, and more at the many quality boutiques and small businesses around town. 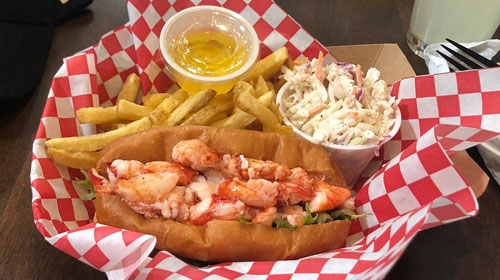 After a long day of retail therapy, you’re going to want to stop for a bite and a beverage. Luckily, Freeport has you covered. Of course, it’s hardly a trip to Freeport if you don’t try the local lobster and other ocean delicacies! You’ll find plenty of lobster shacks and fine-dining seafood restaurants serving everything from the classic lobster roll to fried clams, mussels, and scallops. The historic Jameson Tavern is a crowd-favorite, as well as the Harraseeket Lunch And Lobster Company.

One of Freeport’s best-kept secrets is its thriving craft beer scene. That’s right, you don’t have to stop off in Portland to get a good brew. Just check out Mast Landing Brewing Company, Stars and Stripes Brewing Company, and the Maine Beer Company – three excellent independent breweries all just a short drive from each other. 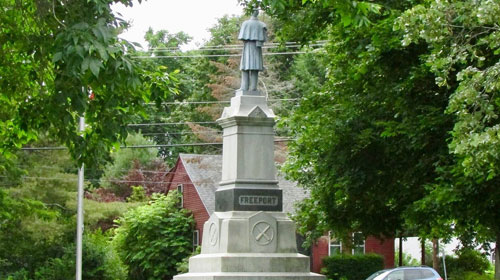 Thanks to the Freeport Historical Society, there are plenty of historic sites in the town that have been well-preserved, so you have the opportunity to take in some of the history and heritage of the area. This includes the Freeport Main Street Historic District, a block of nine historic buildings in Freeport’s Maine Street, and the Pettengill Farm. Pettengill Farm is a salt-water farm that dates back to the 19th century and is a great opportunity to learn about the historic industry in Freeport, as well as the estuary of the Harraseeket River. 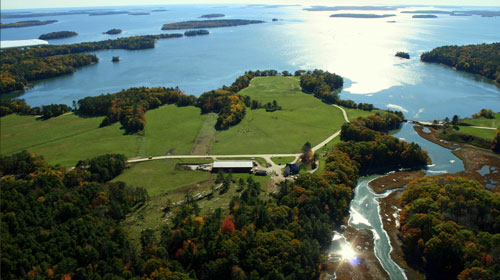 There is no shortage of coastlines in Maine, and Freeport is no exception! Consider taking a leisurely cruise down the Harraseeket River and out into Casco Bay, as it really is one of the best and most relaxing ways to take in the area. There are plenty of boat tour operators taking groups out at sunrise, sunset, and throughout the day, just take your pick!

Just a few minutes drive from Freeport’s downtown shopping center is Wolf’s Neck Woods State Park, a 200-acre park where you can enjoy the peaceful tranquility of the pine and hemlock forests, and the nearby salt marsh estuaries.

It’s the perfect place to stop for a picnic, but if you have the time it also has a popular hiking track, the Casco Bay Trail. The trail is just over 4 miles long and is a wonderful way to explore the Casco Bay and Harraseeket shorelines on foot.

If you want to travel a little further afield, you can also visit Bradbury Mountain State Park in nearby Pownal. The park is replete with excellent trails for hikers, bikers, and equestrians, and the view from the Bradbury summit is second to none.