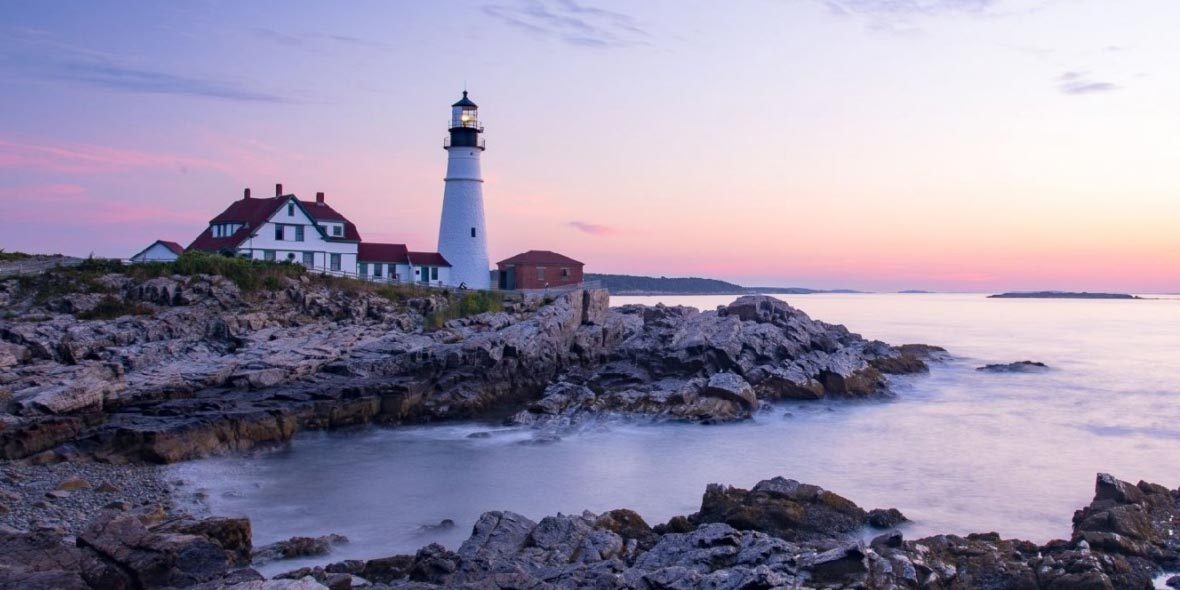 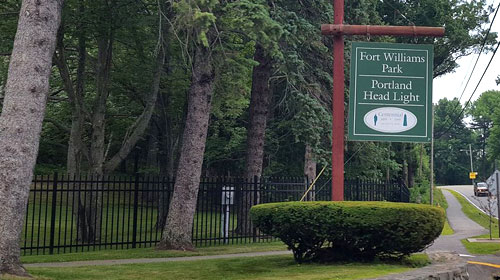 Fort Williams Park is the major landmark for the town of Cape Elizabeth and is home to numerous historic sites. The most well-known is arguably the Portland Head Light, Maine’s oldest lighthouse that sits at the head of the Portland Harbor. The park is only a little more than half an hour’s drive from Old Orchard Beach, making it a perfect day excursion for history lovers, or those who want to enjoy a scenic day out and about.

Fort Williams State Park is situated on 90-acres of rugged coastline along Casco Bay and is overseen by the town of Cape Elizabeth, Maine. 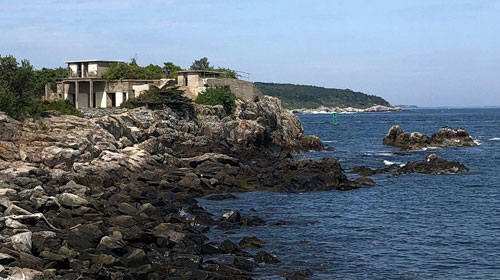 Fort Williams was formerly a US army fort built at the cape in 1898 and decommissioned in 1962. It is at Fort Williams that the entirety of Fort Williams State Park is built atop, hence its name. The site was sold to the town of Cape Elizabeth shortly after its closure, and officially became Fort Williams Park in 1979.

There’s a lot to enjoy at this historic site, whether you want to stretch your legs on a small hike or plan your own historic tour through the historic buildings and exhibits. There are plenty of public facilities too, making it a decent place to picnic in the park or by the sea, and even plan a little baseball or basketball game with friends and family. 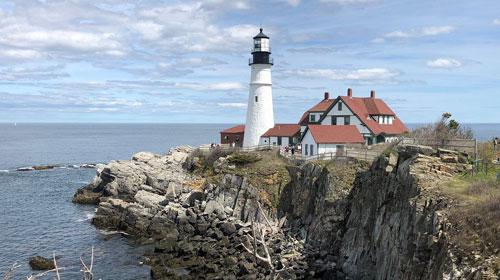 The Portland Head Light is an iconic structure in Maine, peeking out over Casco Bay at the entrance to Portland Harbor. Its construction was completed in 1791, making it the oldest lighthouse in the state. The Head Light was commissioned by then-president George Washington and would go on to become particularly helpful during the Civil War when shipping raids were happening frequently in the Portland Harbor. 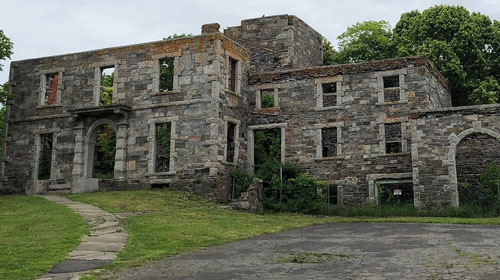 This striking stone edifice was the home of Colonel Richards, who led the 1st Maine Volunteer Cavalry Regiment during the Civil War. It passed through owners until it was purchased by the federal government, who converted the building to sleeping quarters for non-commissioned military officers.

The building was eventually condemned in the 1980s and closed off to the public in 2009. Today it is waiting to be renovated, but still serves as a striking display for visitors and a valuable remnant of Maine’s military history. 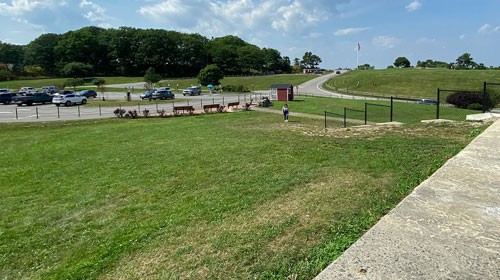 Currently, the park offers plenty of recreational opportunities for locals and visitors. There are cookout facilities and picnic shelters, making it an ideal spot to enjoy lunch after a few hours spent exploring the coast. There are several vendors on-site where you can purchase hot dogs, gelato, lobster rolls, and more.

It’s also a lovely spot for walks and runs, and visitors are welcome to bring their furry friends on their day-trip too! Just remember that pets must be leashed at all times while inside the park boundaries.

There are also tennis courts, basketball courts, and a baseball diamond. You can expect to see small groups playing or practicing here, particularly on weekends.

There are no exact opening hours for Fort Williams State Park, but the site is open from sunrise to sunset and there is no admission for entry. While parking is free during part of the year, there is a small fee required from April 1-November 15.